Mary Denver, PICCA member since February 2015, recently visited our chicken-raising project in Vinh Phu, Central Vietnam, and met our Vietnam partners, Hearts for Hue (H4H). Here are some of her personal reflections.For more on this project see https://picca.org.au/what-we-do/

As I fly out of Brisbane on Christmas Eve, I have time to think about our Vinh Phu project. A little jaded with the holiday season in Australia, I am really looking forward to finding something more meaningful at my destination, knowing that our project is going well there but wanting to see it all first hand, to be involved.

I know that the PICCA/H4H project works with 50 people with disabilities in families in a commune about 30 km outside Hue, Central Vietnam. PICCA and H4H had signed a Partnership and Funding Agreement in June 2018, so that by now the project is well on its way.

Over the first three months of the project, each family has received their 90 chickens and the first of three planned trainings on models of chicken-raising has taken place. H4H reports that all the chickens are achieving a healthy weight, some families have already sold some of the free-range chickens for a good price, the coops and incubators have been built with the help of volunteers.

Now families are raising new chicks, a second training course is due, and, as our Facebook posts photos show, big smiles are appearing on the faces of all involved in the project, the families and the volunteers.

It seems a great time for a project visit. A passionate PICCA supporter, with some experience in living in and visiting China and Southeast Asian countries, I am very keen to see the project and if I can, talk to some of the participants.

After an afternoon in historic Hue, situated on the Perfume River near the ancient Imperial City of Hue (the Citadel), I am picked up on the 29th and we drive out to Vinh Phu, where I am to meet the Vice Chair of the local Village Commune’s People’s Committee on PICCA’s behalf, attend the group training, and interview two participants.

On the drive, I chat to H4H Chair Khanh Truong, Program Officer Vy Nguyen and Associate Professor and Faculty Dean at Hue’s University of Agriculture and Forestry, Xuan Ba Nguyen, or Prof Ba, to me. I ask them about the project overall and the people involved, how they feel.

All three are immediately keen to point out some of the less tangible but sustainable aspects of the chicken-raising project. Prof Ba praises the emergence of local leaders who have been early adopters of the techniques and skills (such as building the coops) they have been shown, and are now bringing others in the group along with them. A busy academic, he volunteers his time on the project and is quick to acknowledge the contribution of other volunteers. These include the animal husbandry students who work on a step-by-step basis to skill up the chicken farmers in coop-building, incubation, vaccination.

While new hatchlings have been born to the original chickens reared from 21 days old and are growing fast in their incubators, at the same time the group has begun, says Prof Ba, to support each other and work together. Some participants are emerging from social isolation and gaining in personal confidence and self-respect.

Support from the local People’s Committee

These views are reinforced at my brief meeting with Mr Le Van Thuan, Vice Chair of the Commune People’s Committee, who welcomes Khanh and myself to Vanh Phu and thanks both H4H and PICCA for their important contribution to the livelihood of the village. Mr Le is very clear on the benefits of the project for the commune:

It has brought the participants happiness, made it easier for them to integrate into society and provided an income for their family.

He would like to see, he tells us, similarly successful projects in other poor communes in the district where older adults with disabilities could benefit. 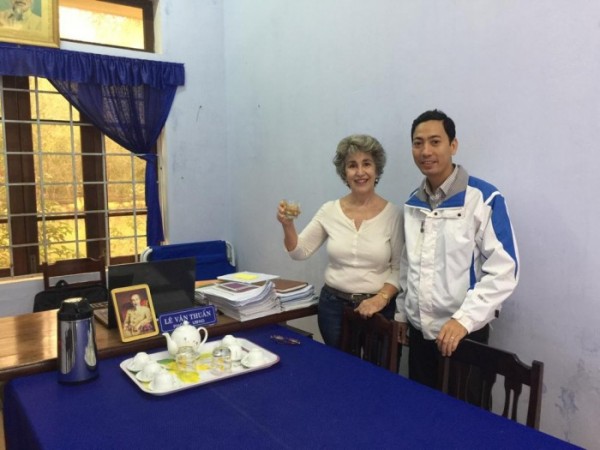 As part of the scheduled three trainings for the Ga (Chicken) project, I am fortunate to attend the second training morning.  This has four parts: maintaining motivation through family collaboration, chicken nutrition, following the 21-day chicken raising cycle, and a review of common diseases affecting chickens. Training in vaccination techniques will follow.

Already the farmers are proud of the fact that the attrition rate for the 90 chickens allocated to each family is below the standard 5%-7% over the life-cycle of the chicken.

As the training starts, I notice PICCA’s logo on the banner with H4H. It looks great! One of the female members of the group confidently asks questions and engages the group. Khanh tells me that she emerged early on as a leader in the group who can motivate and bring the others along. I count 16 females/19 males in the training. 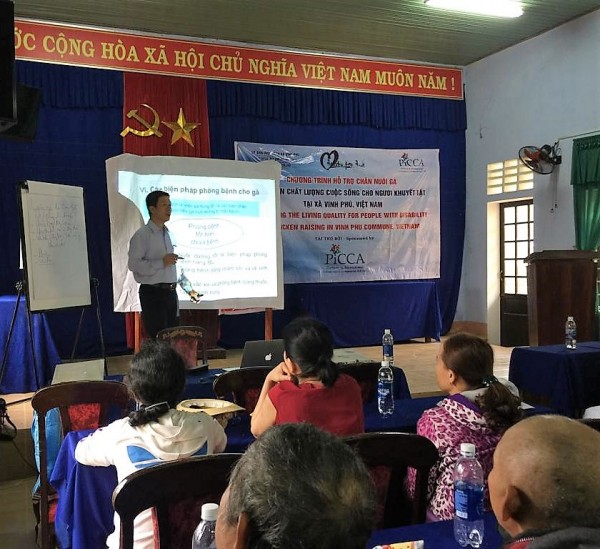 Khanh and Vy translate for me, but no translation is necessary to observe the serious interest and involvement of attendees as Prof. Ba works through the diagrams of chicken diseases and vaccination techniques, punctuating the explanations with walks through the group, encouraging questions and interaction. Vy explains that some of the participants have needed time to get to the venue in their disability tricycles. 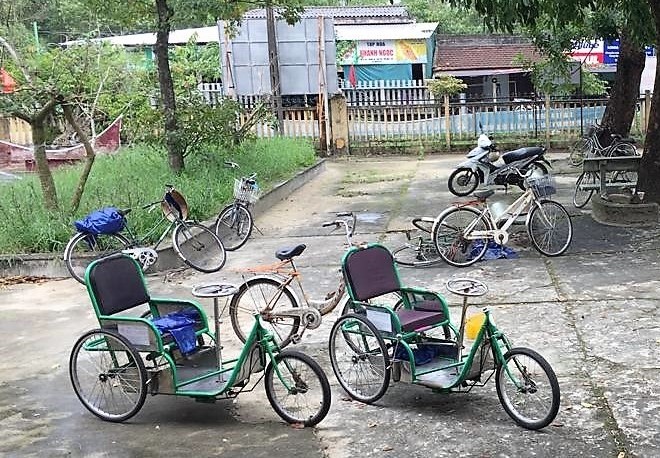 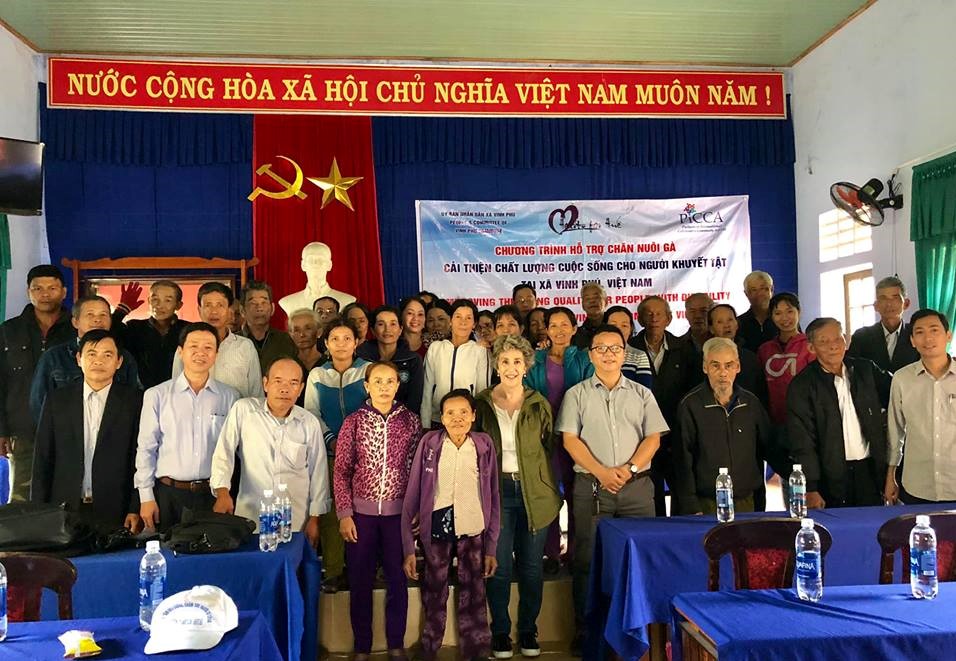 Towards the end of the training, a power cut blacks out the projector and the lights. There is no generator, but Prof Ba, Khanh and the group carry on as if nothing had happened. As we gather for the obligatory group photo, I realise how much I take for granted as a trainer and peer educator here in Brisbane.

Prof Ba fills me in on next steps for the project. Local voluntary “vets” will work with people to demonstrate and teach vaccination techniques, and, as participant skills increase, they will form technical and free-range chicken marketing groups with his animal husbandry students. Looks like a sustainable future!